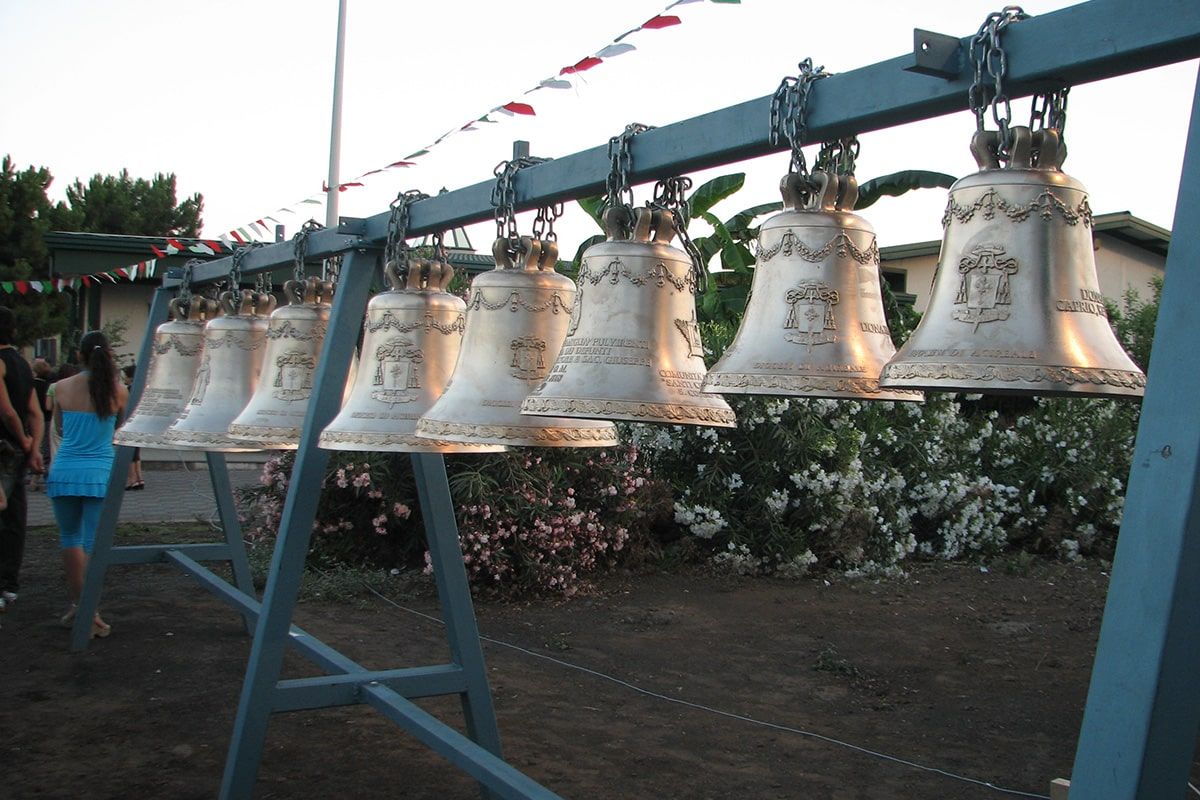 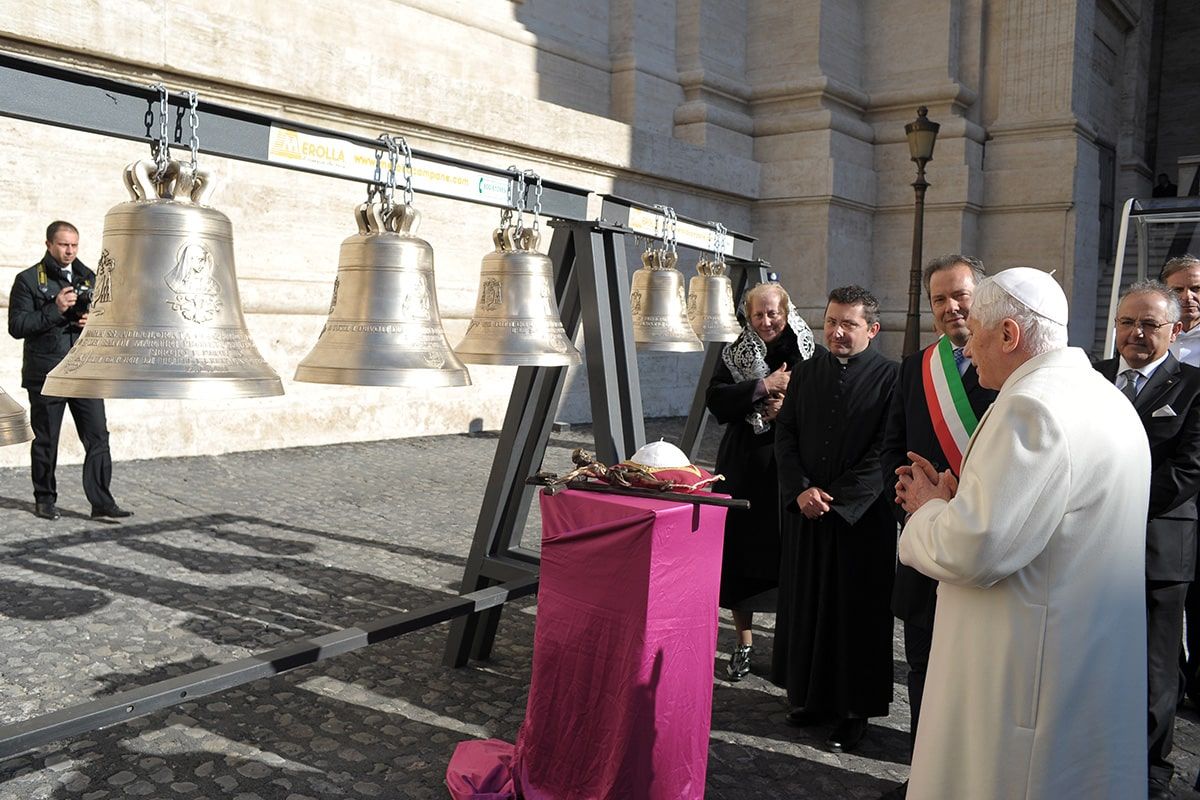 The making of our bells

Staying true to the origins is, in the process of making our bells, an indisputable prerogative of the company. The manufacturing process has remained unchanged and still entrusted to skilled craftsmen who perform it as if it were a ritual. This allows us to create single bells and concertos that are perfect for chord and harmony in the order of a sixteenth of a tone. The bell mold is built from the inside out. First a brick-core template is made of the bell’s interior, then layers of clay are applied to it creating what is called the false bell. The false bell is then covered with molten wax, then captions, dates and inscriptions are applied on its well-polished surface. The surface is then covered with a further layer of clay which form the mantle or shirt of the bell. When the parts are dry, the inside of the core is heated by burning charcoal in the inner part of the bell. The wax melts and then drains out from the mold, leaving the negative inscriptions impressed on the mantle, which is then lifted and placed on the brick core once the false bell has been broken away and removed.

In the cavity that will be formed, molten bronze will be poured at a temperature of 1150/1200 ° C. The metal is filtered with special fine ceramic filters that have been designed to obtain quality castings. Some of the most important requirements of the filters are the mechanical seal and the honeycomb filter structure made with a substantial filtering power. According to the law of fluid mechanics, the molten metal, forced into small-section transit ports, falls in to the internal surface of the transit in a swirling motion favoring the separation of solid particles and allowing it to not obstruct the original section. The most suitable location to protect clean metal from contamination is at the entrance of the mold.

The metal will then cool very slowly, giving life to the bell. Once the mold has been broken away and removed, the bell is now ready for the finishing touches and for musical testing.

Mechanics and dynamics of bells

The shape of the frame must allow the bell to swing freely with right oscillation. The thrust of the bell is absorbed by a heavy frame which rests on shock absorbing plates arranged to avoid the transmission of vibrations inside the church. Our organization, determined by great experience in the sector, ensures assistance and resolution to any problem. 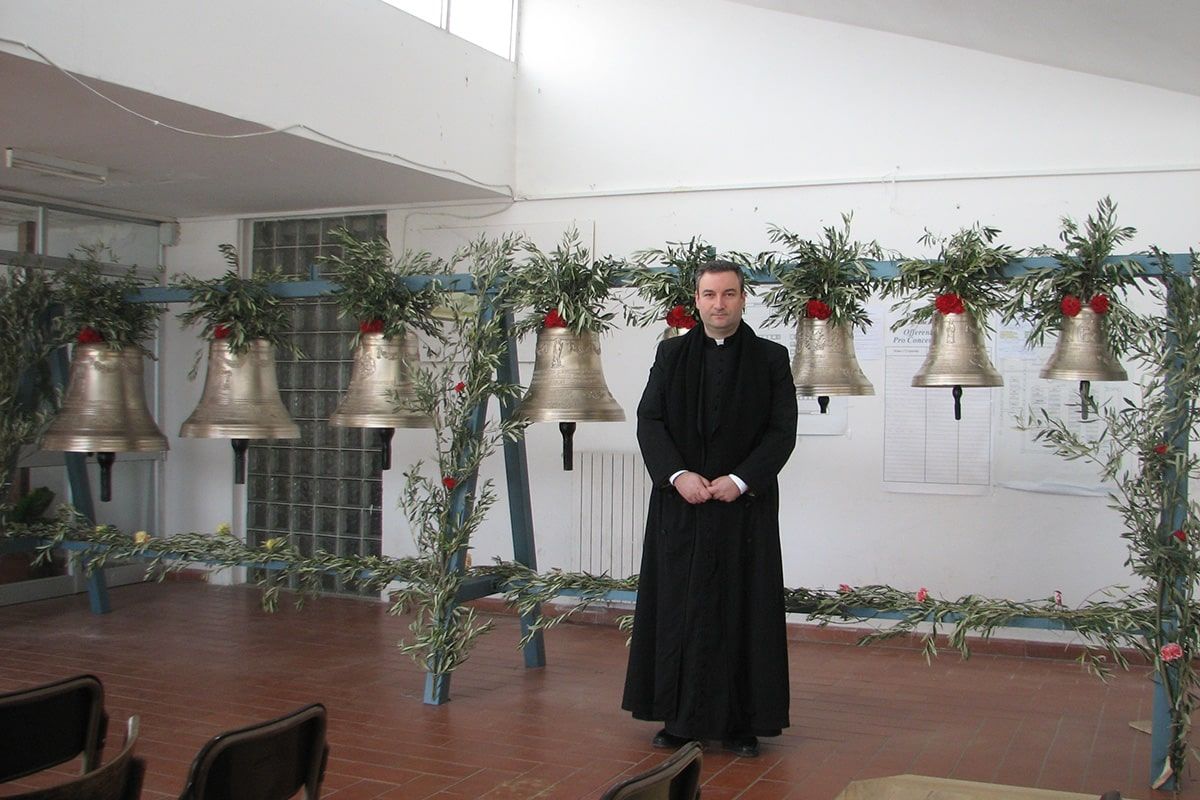 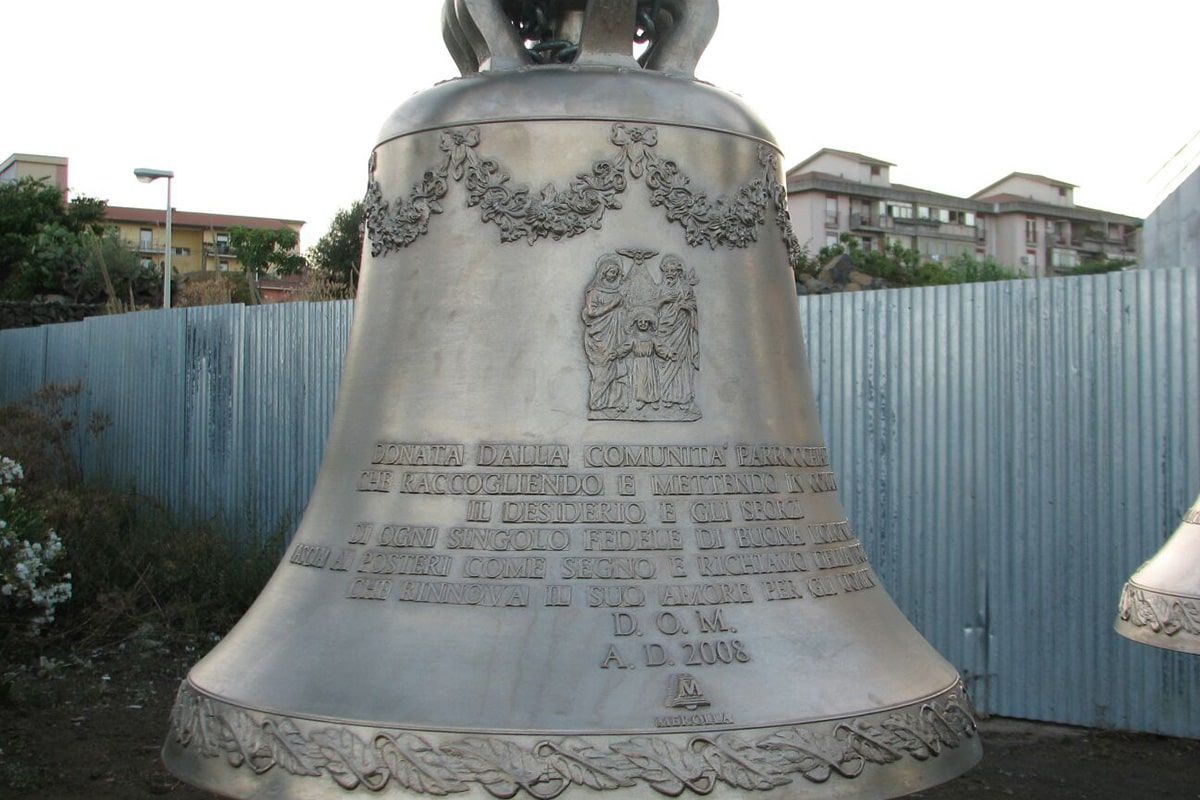 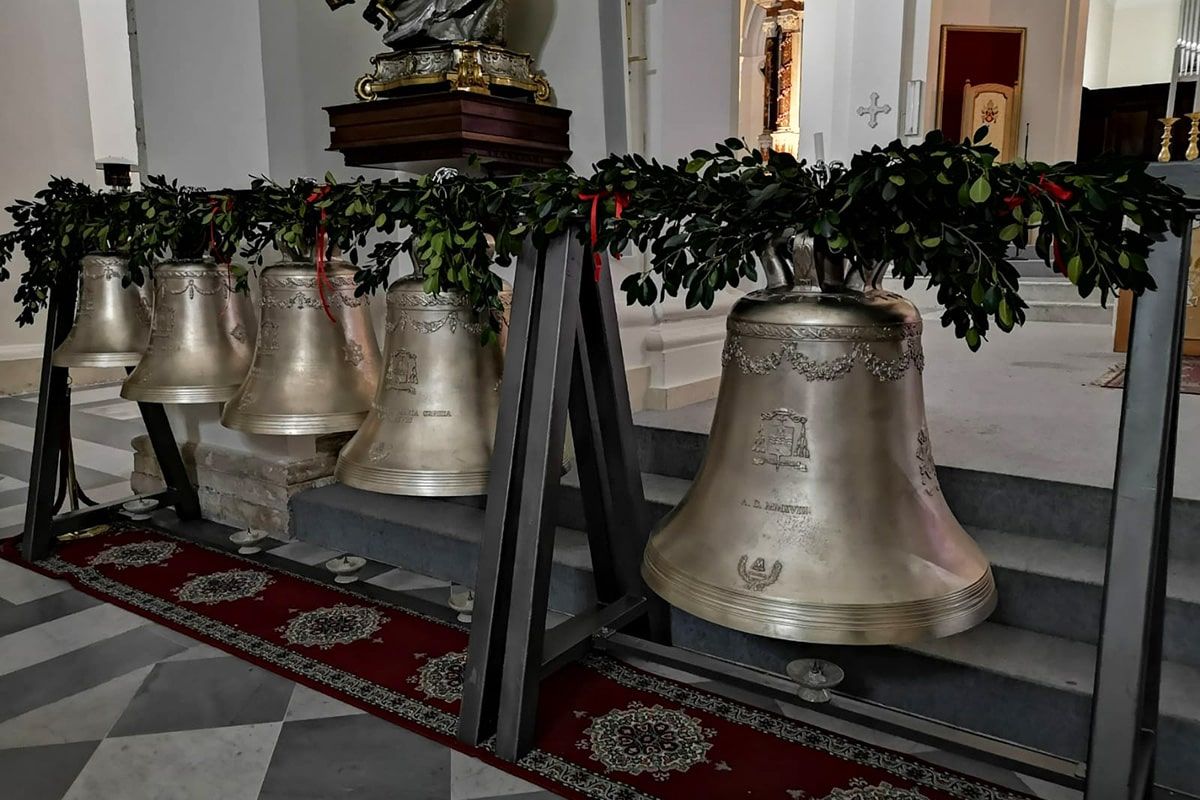 History of the bells

Over the course of time bells have remained unchanged and fundamental to mankind. With their tinkling they performed protective and evocative functions of the divinities, with the aim of warding off the forces of evil and bringing those of good closer together. Bells were already used amongst Jews, known as “tintinnabula”, small bells that adorned the priestly robe; they also existed among the Romans and stood on public buildings to mark the time of public functions. However, as to who was the inventor of the first bell and steeples, to this day it  is still unknown.

However, we can affirm that Saint Paolino from Nola, in 420, began using bells for religious purposes by suspending them from the top of the church towers. The tower, or bell tower; The first bell tower and the first bell of Christianity were therefore made in Nola; for this reason, bells were called “Nolanae” and the bell towers were known as “Nolarium”, as the Pope Urban VIII named it. The name “bell” derived later on in history from Saint Bede the Venerable, one of the greatest scholars of the Anglo-Saxon period.

In 550 the bell was already widespread throughout Italy and a little later it spread throughout the East. The use of bells, now considered a symbol of Christianity, is defined in the following hexameters: Laudo Deum verum, plebem voco, congrego clerum, defunctos ploro, nymbos fugo, festaque honoro. In other words: praise God, call the people, congregate the clergy, mourn the dead, remove the storms, honor the feasts. 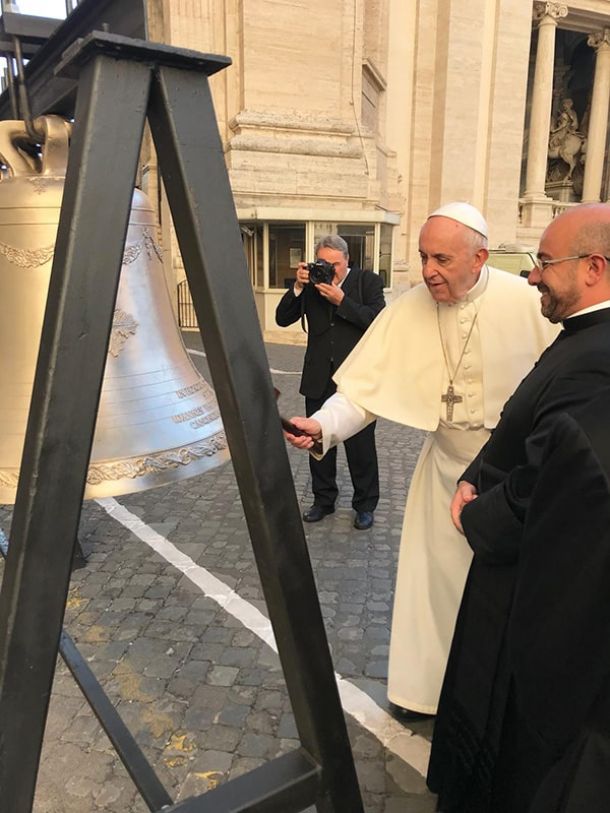 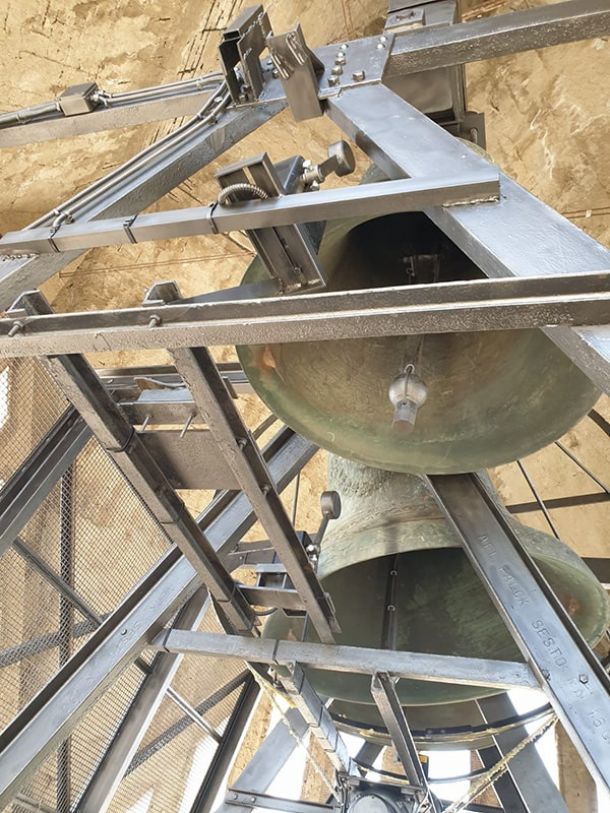 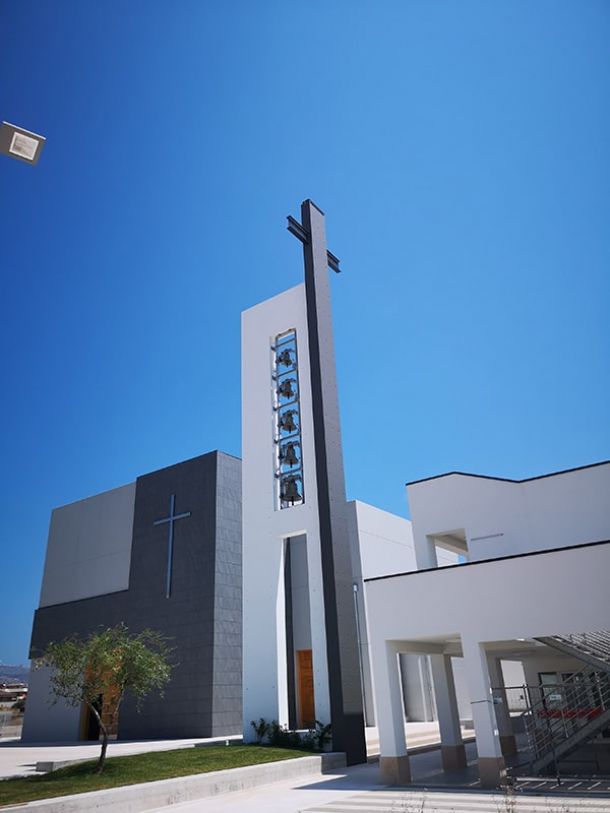 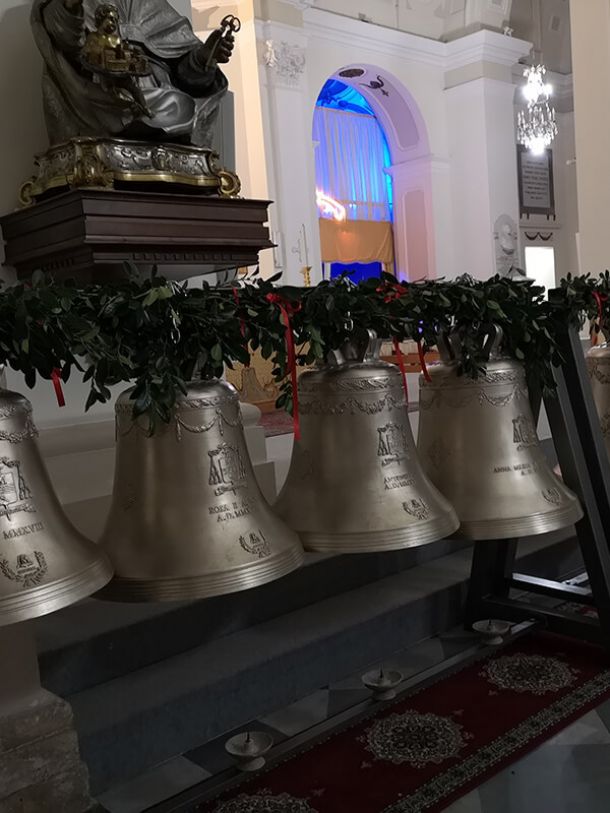 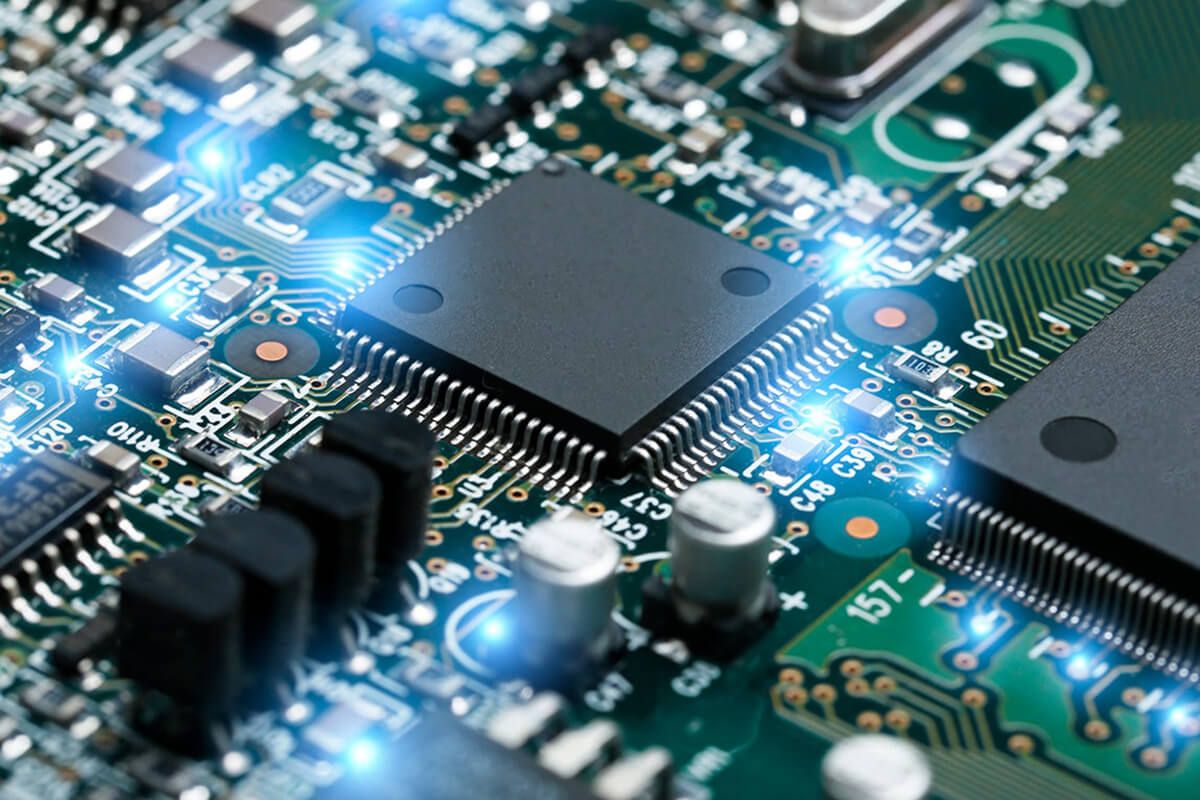 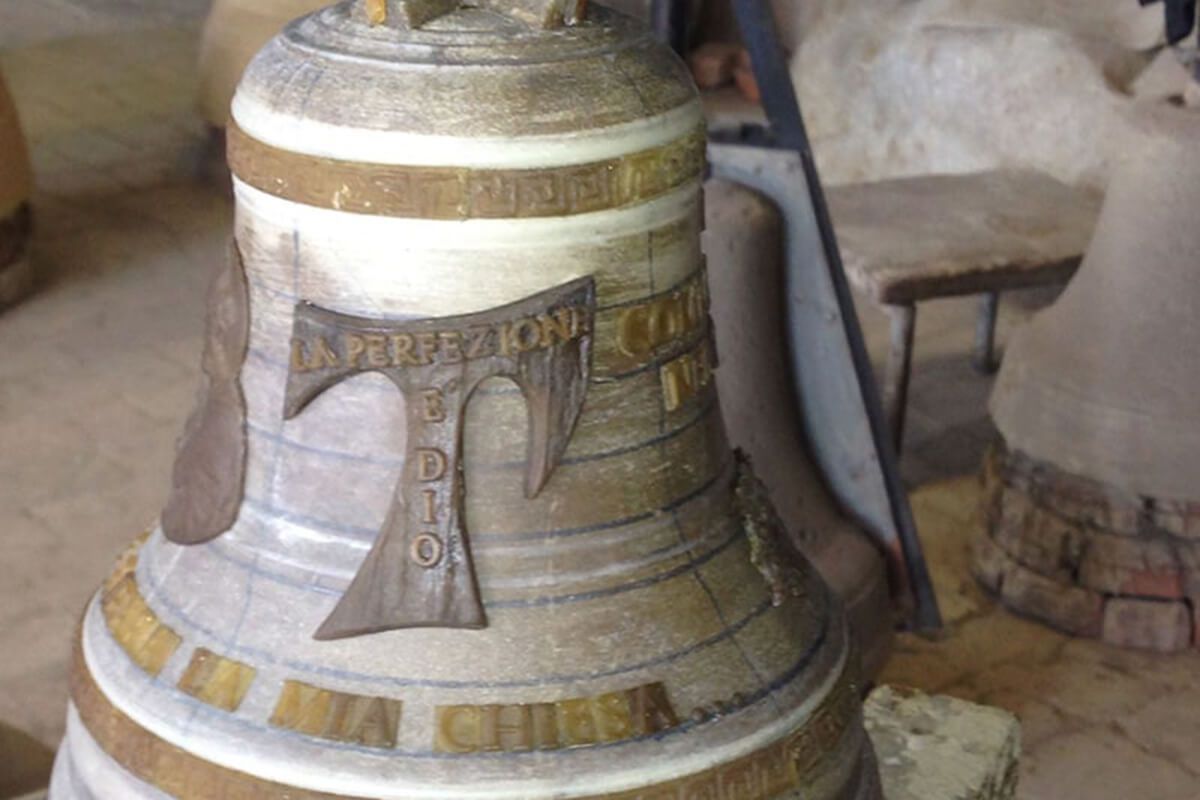 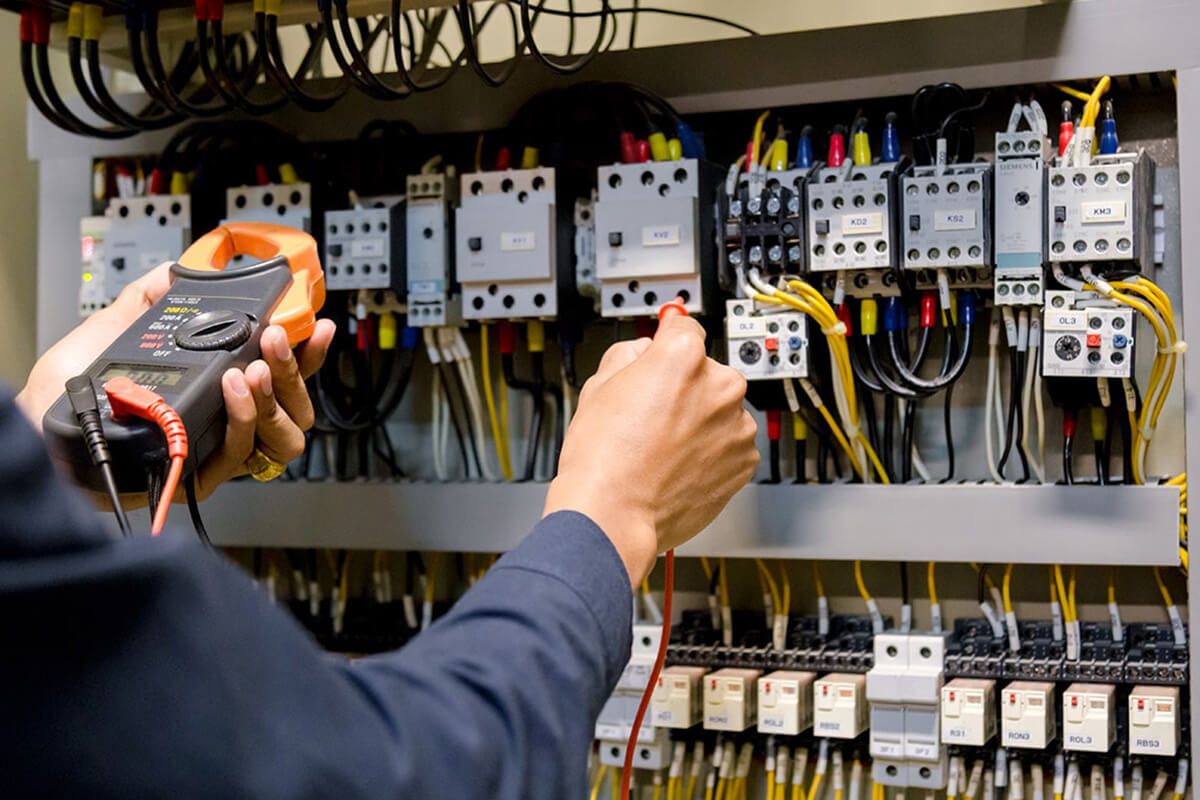 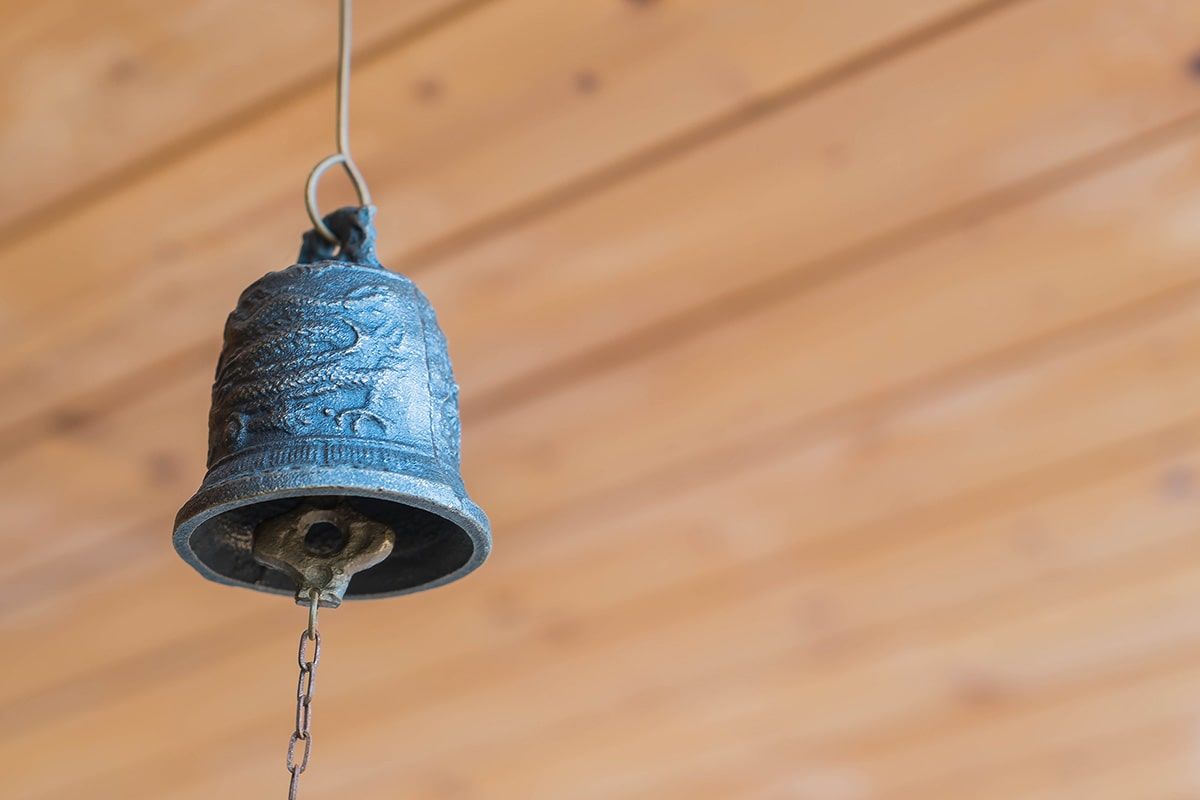 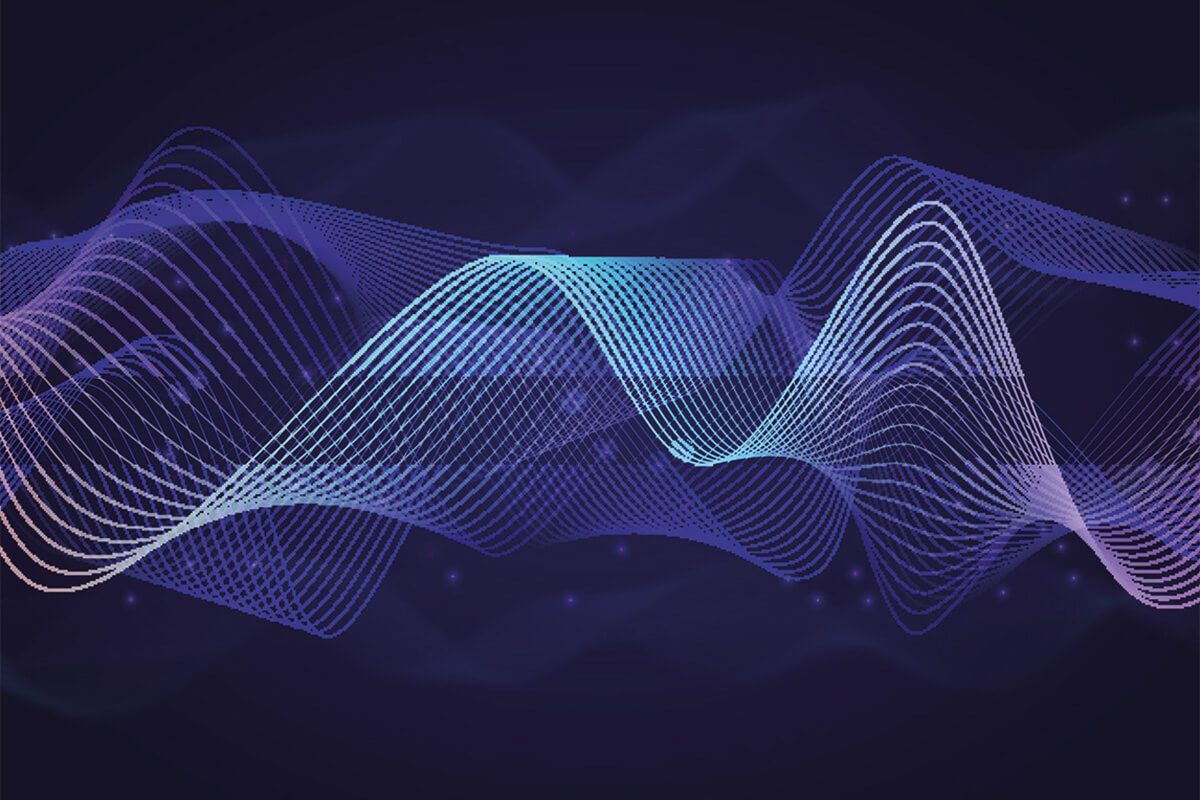 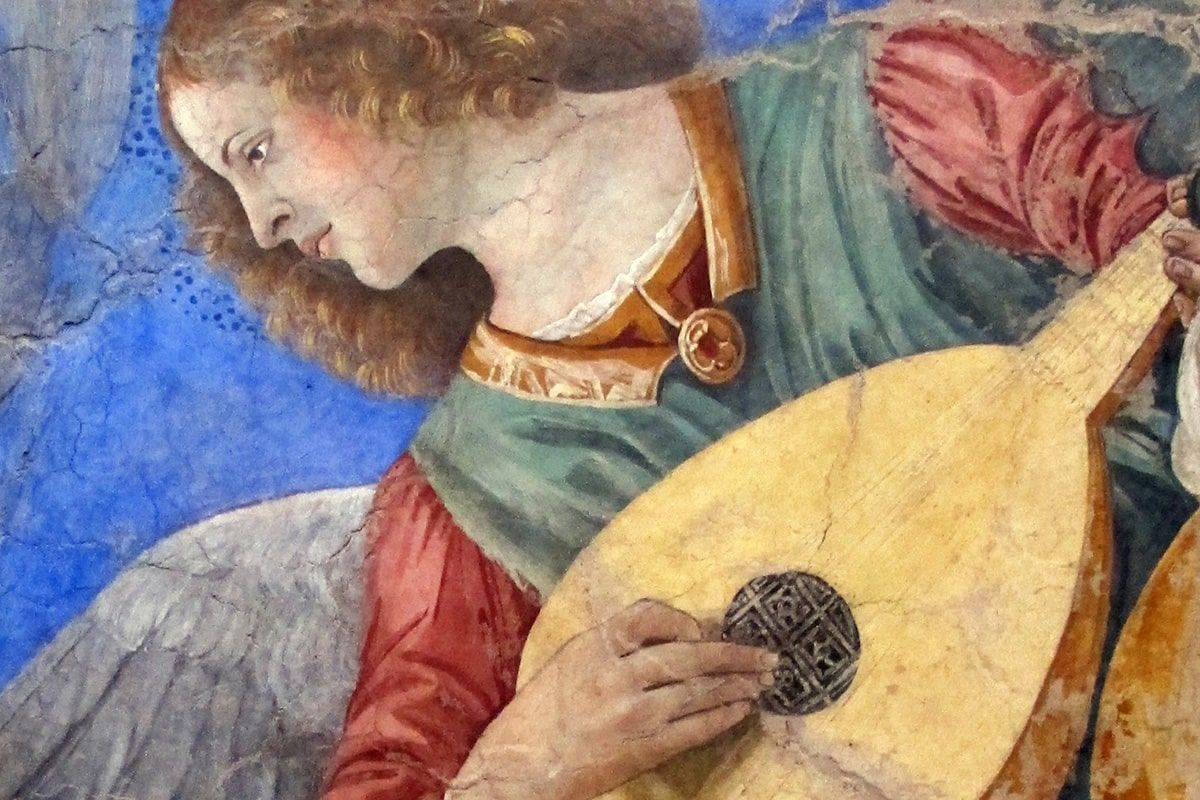